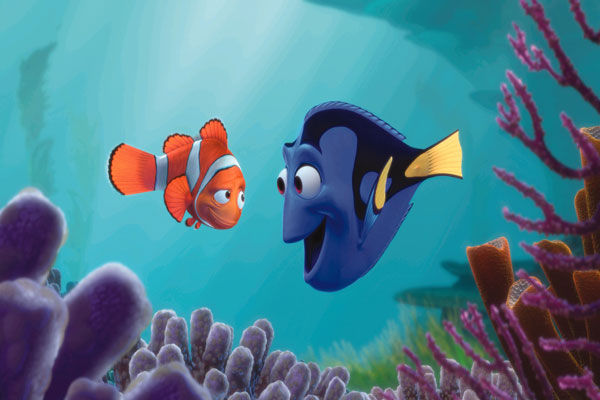 The origins of the first of April.

Although the origin of April Fool’s Thrush is controversial, we believe that it all started in …

1564. King Charles IX decided that the year would not begin on the first of April but on the first of January. This change obviously shifted the exchange of gifts of New Year, marking the passage of the new year. Some little jokers, however, continued to offer presents in April.
Over time, these presents turned into stratagems to trap others and were associated with jokes, pranks and laughter. 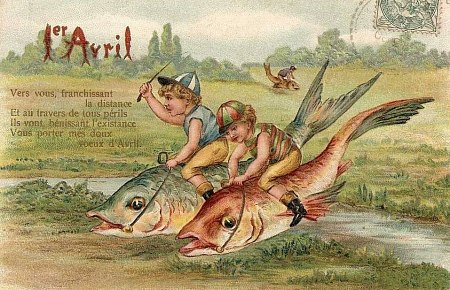 Why ‘the fish’ of April?

First explanation: In the sixteenth century, the present were very often food. And, the first of April is the end of Lent. During Lent, meat is forbidden for Christians, except for fish! The most common present was fish, and for the first of April a fake fish !

Second explanation: The spring equinox announces the beginning of the sign of Aries and the end of the sign of Pisces . The spring equinox was stabilized by the Gregorian reform on March 20-21. Before that, it was not easy to determine the beginning of spring, because the Julian calendar was imprecise, the precession of the equinoxes was not simple … Only one certainty reigned: if on the first of April, it was pretended that it was still the time of the sign of Pisces, it is that there was an error. Hence the famous expression: ‘April fools‘ ! 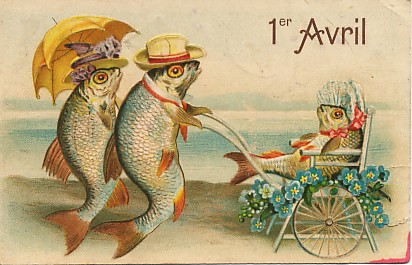 April 1st all over the world…

The tradition of the April Fool’s joke is originally Western. It has spread little by little, and in a different way, in the countries of the world.
In England, the first of April is April’s fool day ‘. The pranks of the first of April are only in the morning, and it is said that if you get trapped, you are a ‘noodle’.
In Scotland, jokers like to keep the fun of jokes going: they can also trap you on April 2nd!
In Mexico, the most common joke is: stealing the good of a loved one, the time of a day. The ‘stolen’ will have, in exchange, candies and a small note on which it will be marked that it was trapped.
The Indian April Fool takes place on March 31, and is called: Huli’s Feast.