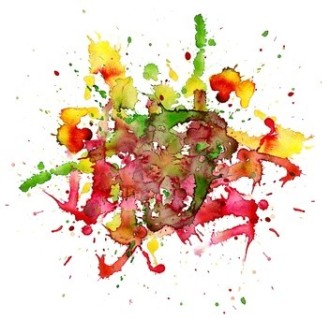 Encromancy is one of many divination techniques. The origin of this method of divination dates back less than a century. It is still very much used today; his results are very satisfactory.

Definition and origins of Encromancy

Encromancy is a divination technique in which ink stain allow the practitioner to predict the future. Indeed: by interpreting the forms created by the ink stain, we get amazing results… Encromancy reveals the mystery of our life, our loves, our professional life and financial. It avoids the pitfalls, suggests the behaviors to adopt in this or that situation and warns of the dangers.
Luce VIDI, famous French clairvoyant (at the time) in Paris made the following night dream: she projected 13 ink on paper, then folded the paper. After folding, then pressing, then unfolding, an image symbolizing a badly wounded eagle appeared. She interpreted this image as the announcement of the defeat of Germany. She decided to conduct several experiments later. She checked all the results before concluding that the future could actually be predicted in ink tasks.
It should also be noted that Hermann RORSCHACH, a Swiss psychiatrist, did a test in 1921 demonstrating that it was possible to evaluate a person’s mental perception after having visualized forms resulting from ink spots. This test (Rorshach test) is still used in psychiatry and scientifically confirms the esoteric experiences of Luce VIDI even if, contrary to this one, the test imposes figures to interpret. Since then, encromancy has been a tremendous success and finds an audience with those who once practiced it.

To practice encromancy, the consultant must be relaxed and focused on the subject of their concern. He then inscribes on a sheet of white paper, his name, his first name and the question to which he wishes to have an answer. Once done, he must turn over the paper and project according to his intuitions 3, 7 or 13 ink tasks. He must fold the paper in four, squeeze it with his left hand and unfold it a few minutes later. Therefore, the interpretation of the image or of the form appeared can be made by the practitioner.
Indian ink is recommended for ink divination sessions.