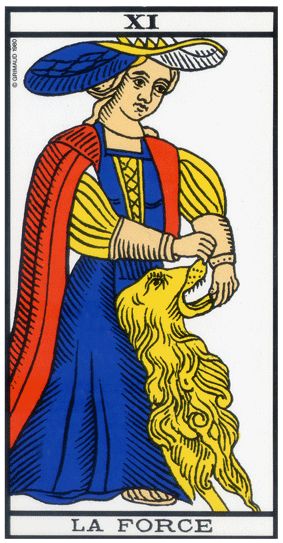 Strength is the eleventh major arcana of the Tarot of Marseille.

Strength holds a Lion by the teeth: she tames him. By subtly using the strength of Leo, she obtains a valuable instrument of evolution. Initially destructive and devouring, this force can be tamed and subtly controlled. The Strength holding the Lion’s teeth in its hands refers to Samson holding the teeth of a wild beast.

This woman, engaged in an effortless struggle with a Lion, recalls the myth of Cyrene. His red coat represents strength and vitality. Blue represents intelligence and the spirit. His eight-shaped hat refers to the symbol of the infinite, to the predominance of the mind over matter.

The Strength says that with sweetness and finesse, you can tame the fire. This Tarot of Marseille arcane advises channeling and sublimate the potential of our animal energy instead of smothering it.

The Strength represents summer, August, Sunday, and Aries and Leo astros.
The theaters, the scenes, the hot countries, the South, the deserts, the beaches, the parks, the castles are represented by the Strength.
The effect of the card lasts one week. 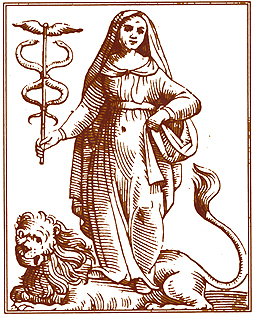