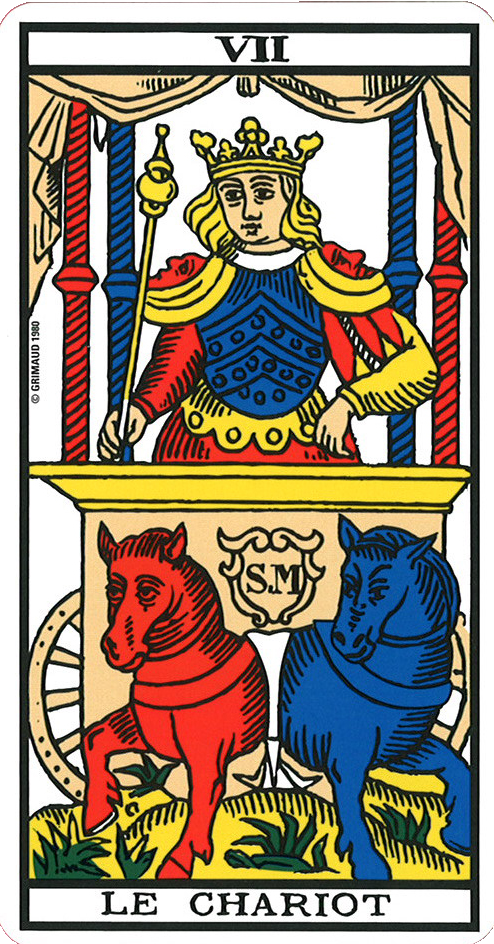 The Chariot is the 7th major arcana of the Marseille tarot.

Symbols of the Chariot

The Chariot represents the kingship, the material realization, the victory, the 7, Osiris, Surya, Helios, Netsah, Zaïn.

The Arcane of the Chariot presents a triumphant conductor and travels the world holding the scepter of the order. Thanks to him, he captures the energies of the cosmos. He wears a crown, which refers to the fact that he can be an emperor, a person of power. Three precious stones adorn his crown: they represent the spirit, the body and the soul. The driver tries to reconcile and synthesize them. The red cuirass, which protects it from material temptations, is representative of struggle and action. His two yellow epaulettes, resembling half-moons, represent the sublunary world, emotions and instincts. The driver has mastered these emotions and instincts. His vest is laced so as to recall the Masonic square: symbol of the universal order.

Four green and yellow columns support the canopy of the driver’s cart. Blue is omnipresent: it refers to the mixture of intellect and spirituality. The horses, two in number, form a triangle with the driver. The number 3, added to 4 (for the 4 columns) becomes 7.

#7 represents completeness. Indeed: 7 days of the week, 7 Vices, 7 virtues, 7 musical notes, 7 colors of the rainbow, 7 planets known in ancient astrology before the discovery of Uranus.

The driver, with great confidence, gets straight to the point without being distracted by promising deviations. He does not get lost in sterile mysticism. His temperament is that of a Roman warrior and his chariot has the stuff of the triumphal chariot. He managed to overcome all obstacles in his way. It does not aspire to material power but rather to moral improvement. 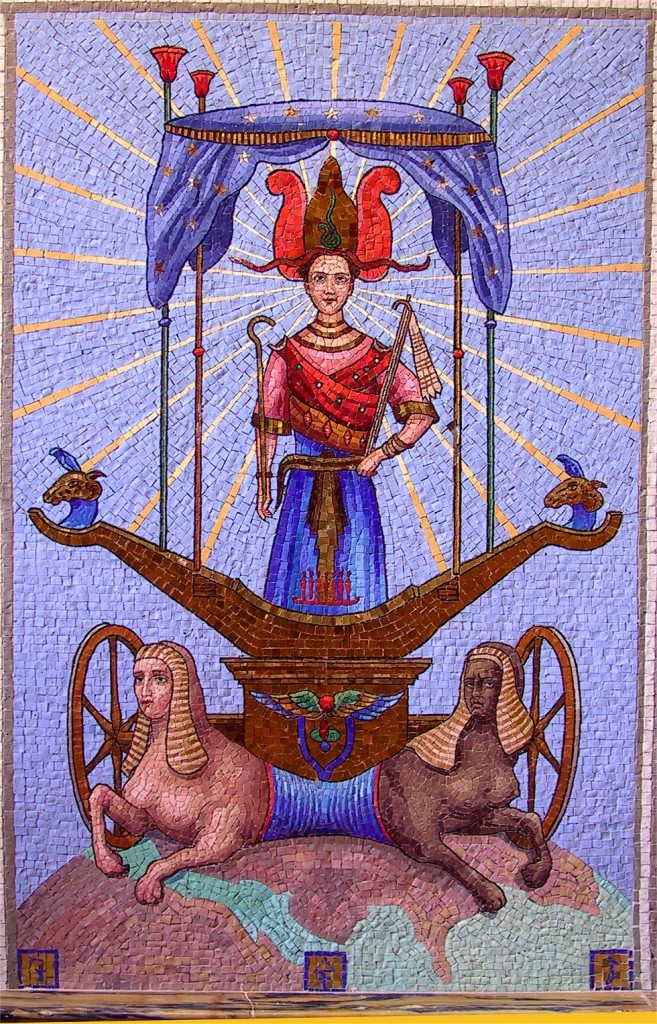