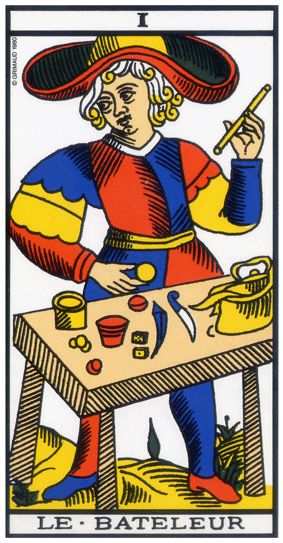 The Magician (or The Juggler) is the first major arcana tarot Marseille.

Symbols of The Magician / Juggler

The Magician or Juggler represents: the search for perfection, experimentation, the surpassing of one’s own limits, Séfira Kether, Alpeh.

A jugglerillustrates this arcane. He represents the young initiate to magic. In his left hand is the baton of the command. This shows that the Juggler/Magician begins any action, since the wand represents the primordial fire.
With his right hand, he shows a glass (symbol of water and wisdom), a knife (symbol of air and courage), and dice (symbols of the stability of the Earth and the power of the will).

Among his colorful clothes, red predominates. Red is representative of activity, youth, energy. On the ground, the golden color is the symbol of the search for perfection. She is also present on the hair of the Magician. His hat forms a reclining eight, symbol of the infinite.

The three seeing feet of the red, green, and yellow color table symbolize alchemy, duty, opposition, resistance, and the ability to cancel.

​​The time, place, and duration of the forecast

The Bateleur represents spring and morning. He is associated with Tuesdays, Wednesdays and Rams. 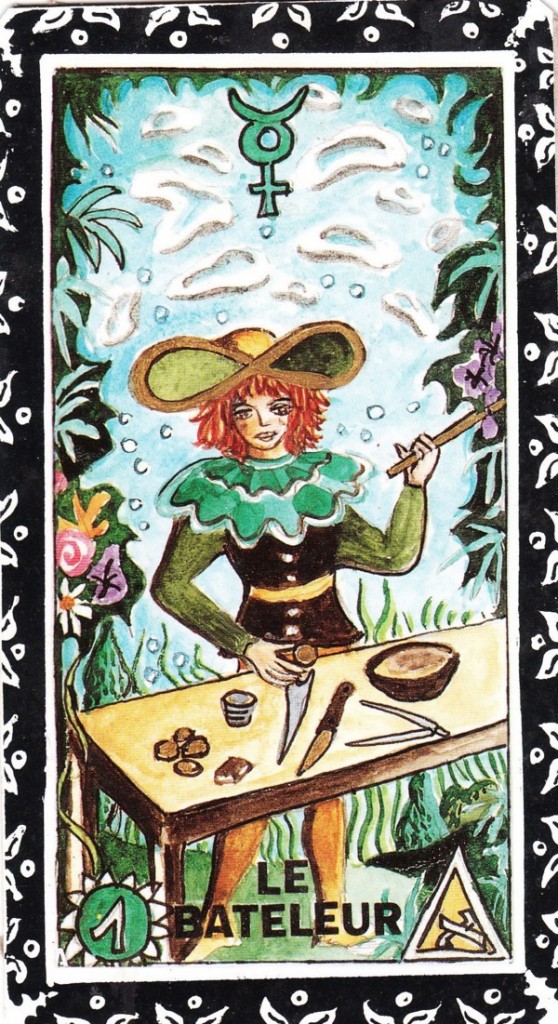