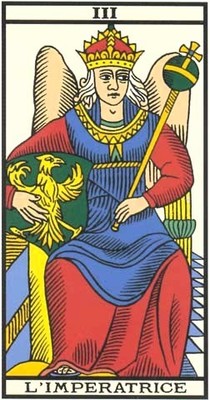 The Empress is the third major arcana tarot Marseille.

​​Symbols of the Empress

The Empress represents the air, the speed, the intellect, the perfection, the superiority, the (intellectual) fruitfulness, the feminine energy, the waiting for implementation, the idea , the creation, the project phase, the practical realization, the Virgin among Christians, the Venus Urania of the Greeks, the Pythia of the Gnostics.

The symbol of the Air is represented by the wings of the Empress. His crown and scepter, two imperial emblems of power, symbolize intellectual superiority. Her smile indicates that she is aware of her inner strength. The Empress dominates without any effort and with great authority.
We note that 12 precious stones are encrusted on its crown. They are representative of the 12 zodetic signs and the cycle of the animal experiment.

The time, the places and the duration of the forecast

The Empress represents spring, the beginning of summer, Wednesday, Friday, Virgins and Gemini.
Schools, libraries, offices, shops, gardens, women’s institutes, botanical parks are represented by the Empress.
The effects of the map are fast , and last from two weeks to a month. 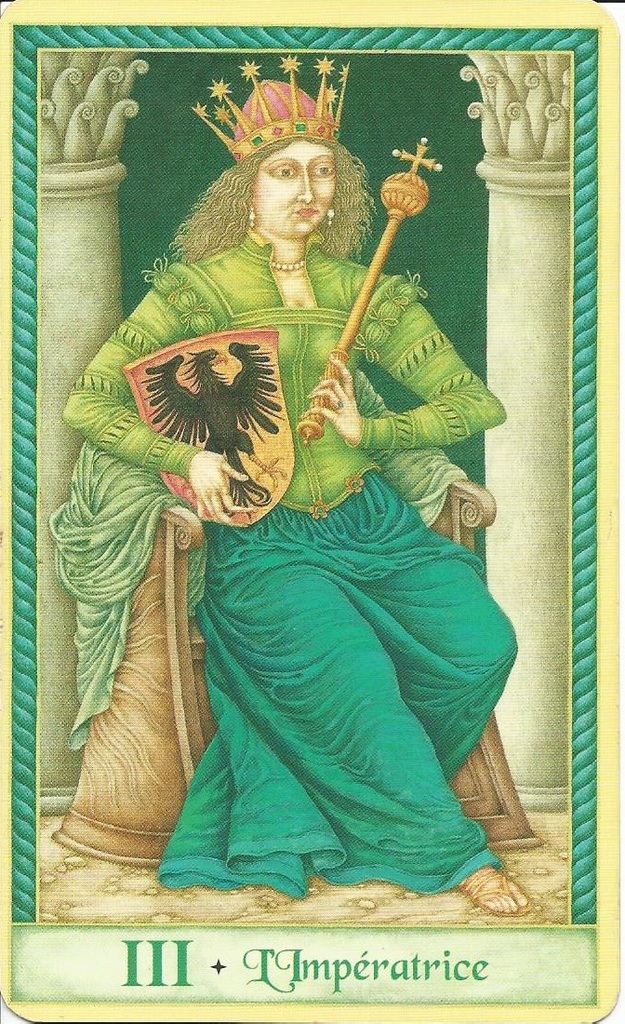