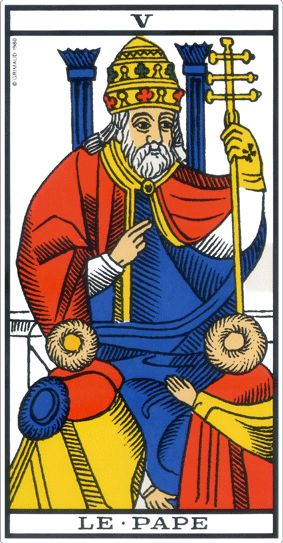 The Pope is the 5th major arcana of the tarot of Marseille.

Sitting between the two columns of Solomon’s Temple, he wears both blue and gold colors, representing wisdom and spirit. A touch of red recalls his active and combative faith. He smiles in front of the arena of existence, he takes a step back on the very existence.

The Pope must reconcile the opposites and make the highest truths accessible to the simplest: it is his role . The contrasts of the mind do not disturb him: he is full of wisdom and peace. He has passed and accepted his virile and active era, now he is moving towards other virtues.
His triple crown refers to the discernment of abstract truths relating to the three planes of existence (the physical plane, the mental plane, the spiritual plane) .
The scepter held by the Pope is divided into 7 points: it refers to planetary symbols, emblem of spiritual power. Spiritual power is also represented across the globe at the feet of the Pope.

The time, place, and duration of the forecast

The Pope represents spring, the end of summer, June, September, Wednesday and Thursday.

The effect of the card, very brief, corresponds to fifteen or twenty days maximum. 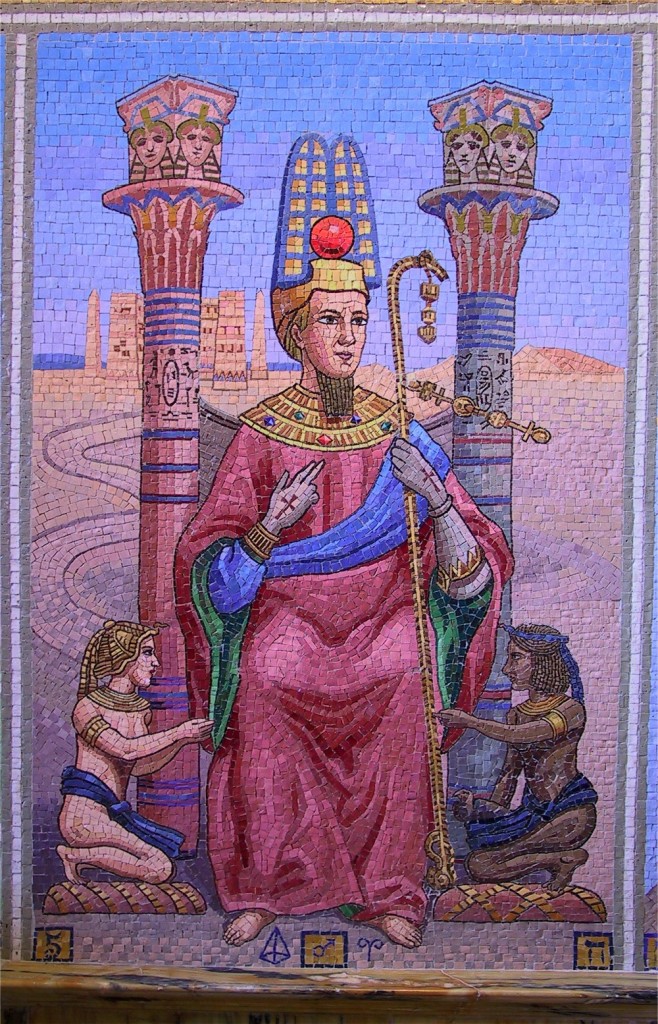