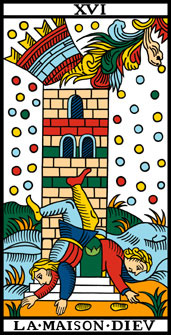 The Tower is the 16th major arcana of the Tarot de Marseille. The Tower is one of the worst cards of the tarot of Marseille, upside down as well as at the place.

Symbols of the Tower

The Tower, or House-God, represents the Tower of Babel, selfishness, ambition, the 16th, the Hebrew letter ain, uncontrolled energies, building by ambition.

On the map of the Tarot Tower of Marseille, we see that construction is alive but sensitive. The men, trying to climb the Tower, are thirsty for power. But the divine lightning punishes their arrogance and selfishness: the inordinate search for perfection inevitably leads to failure and punishment. This is the message that passes this card tarot Marseille.

We also see two characters, symbolizing ambition and pride: they hurried to climb the Tower. Unfortunately for them, it collapsed and dragged them down. One of the characters represents the sovereign without a crown, and the other represents the builder of the Tower.

Hope is represented by the pink and gold field. The characters who fall there can find the hope, the smile and the strength to advance without pride.

The human can not equal the Creator. Selfish thinking and all-powerful feelings are, in the Tower, destined for failure and punishment.

This card also evokes the Buddhist philosophy according to which nothing is eternal, everything is transformed. If the change is violent and painful, it must be welcomed as a positive renewal. We must know how to abandon old habits when they are disturbing or harmful.

The time, place and duration of the forecast.

The Tower represents the beginning of spring and winter. Also, Tuesday, Saturday, and the astrological signs Scorpio and Capricorn.

Ruins, walls and castles are associated with the Tower.

The effect of the card, rarely positive, usually lasts only two weeks. 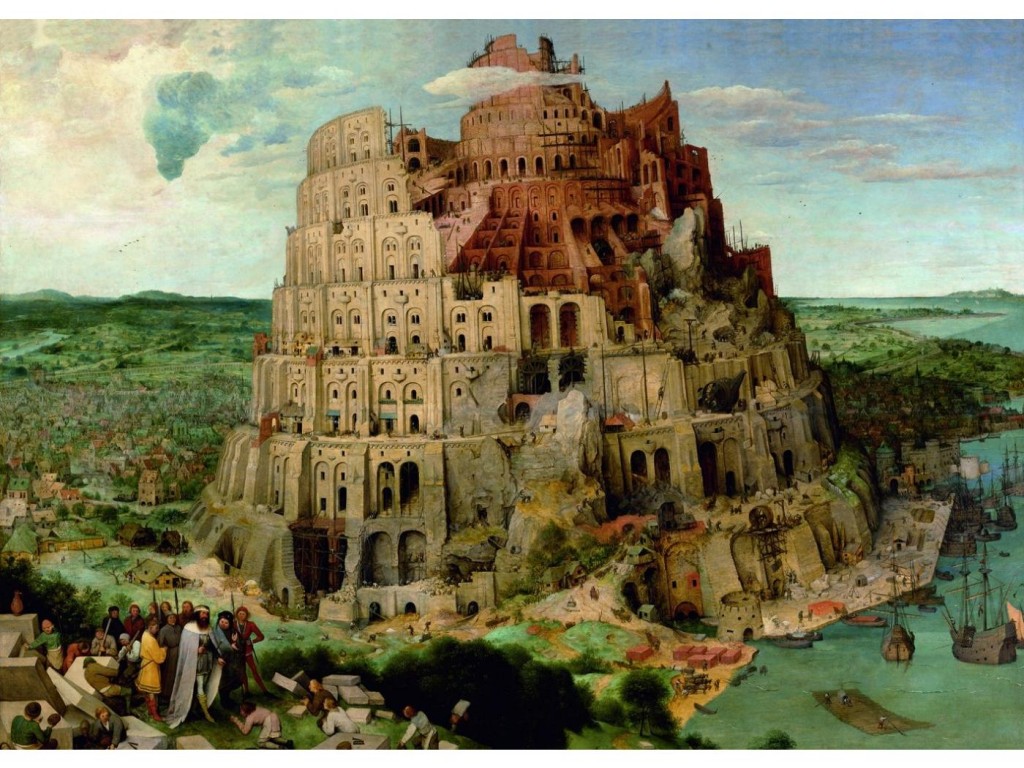